Welcome Back to NOVA. Did You Bring Your Checkbook? 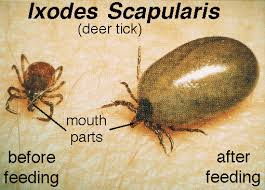 After living for two years in Jakarta, we got very familiar with insane traffic, the same weather every day, and an inshallah attitude to things that should have worked or been available but weren't. We have been on home leave for about a month in Texas and the Pacific Northwest, and have had a great time. But it's time to get back to work and for kids to go to school, so we just landed back in everyone's favorite childrens gulag, Oakwood Falls Church.

The public schools here still treat us as invaders, and thinking about how transient and high-maintenance we State people are, I can understand, though the attitude is a little hard to take sometimes. Both sides know we are one family-friendly post going on authorized departure from flooding their schools. Still, I think I was nicer at the visa window giving somebody a lifetime ineligibility to travel to the U.S. than some administrators have been in demanding papers from us. It's high stress for everybody involved, so maybe a little more kindness or courtesy from all sides would be welcome.

What I had forgotten (or maybe it really has gotten worse) is what I would call the friction or hassle of living here. Non-Virginia resident with out of state plates? You still have to register with the City for a parking permit or get fined. New since I was here last: an additional sticker to purchase for non-residents to travel down certain streets during rush hour. Not to park-to travel through the streets. This is revenue enhancement taken to a new level. There are also many "everybody knows, so why tell you?" aspects to living here. Lots of people get their touch on you just for moving to town, registering your kids for things, and trying to settle down.

When we were overseas, we followed events in Ferguson, MO and other places closely. What struck me as a former defense attorney the most was the Justice Dept. report that showed that, in an effort to keep taxes low and make things attractive for the middle and upper classes, the police and courts were treating the poor as a revenue source, issuing multiple tickets for a single stop, piling on court costs and additional fines when someone couldn't pay the first ticket, etc., and being complimented by the city government for doing so. In this scenario, police become not primarily law enforcement but revenue agents, because promotions and pay follow the amount of tickets the cop writes. Cops who complained about this in Ferguson were more or less told to shut up and write more tickets.

So when I came back to NOVA, I saw more roads with 25mph speed limits. These are four-lane boulevards that in many other states we visited during home leave had 35-45mph speed limits. Along most of these roads is an additional sign proclaiming the area to be a residential zone that adds $200.00 to any other fines and fees for speeding. Some of these "residential zones" have at least as many businesses as residences on them.

On Sunday morning, we were driving Route 7 to Tyson's Corner to visit an auto dealership. I saw two different people pulled over by the police for some traffic violation. At one point I turned off of Route 7 onto a side road. A city cop made a hard turn behind me and pulled up to my rear bumper so close I could not see his headlights. He followed us like this for over a mile. If I slowed down in fear, would I be ticketed for creating an obstruction? If I had pulled over, for illegally driving on the shoulder? If I tried to get more distance between us, surely it would have been a speeding ticket. So, I drove at 2 mph under the speed limit, slowed down to the recommended speed in the turns, etc. After that mile or so the cop crossed a double yellow line to pass me, and hooked a left at an intersection without slowing down for a stop sign.

The whole thing feels like the locals are aiming to prey upon us out-of-towners so that they can become the tick on the right.

And we haven't even started back at work where we will be fighting the email transfer and ID badge renewal process...