The Countdown Has Started... and I Can't Find My Spacesuit! 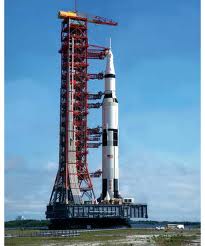 So, we are at T-two months and counting to be on the road to DC, and the stress about what has to be done between now and then is ratcheting up nicely. If we had two months to do home repairs, list the house, sell two cars, prepare my current office for the transition, pack up and be ready to move, and attend to all our usual obligations of a family of five, that would be plenty. Heck, just writing that out makes we want pizza and brownies and a night of TV watching.

However, there will be a package arriving sometime soon from State that has my official salary offer and apparently a huge blob of paper, some of which must be signed and returned ASAP, that require gigantic decisions on our parts. We don't even know what is in there yet, but all of my fellow Yahoo Groupies are sending around "did you get it yet?" emails.

I have described these feelings as being dropped into a swimming pool full of chocolate pudding. I want to move, take action, DO SOMETHING to at least start to whittle down the task list. Instead, it appears that everything depends on everything else, and there is a whole undiscovered country of further things I don't even know about yet. I can be pretty task-oriented, and no matter how big the knot is, I will work diligently to unravel it. But right now I can't find the bitter end to start with, or even know if I am staring at the right ball of string.

I am grateful and MORE than grateful to have won the nerd olympics and been chosen by my country to represent her to the world. I know several people (smarter and with language skills better than mine) who have been trying so hard to get where I am and been torpedoed by a head cold on OA day, or a missing piece of paper for a clearance, or expiring off the registry a month before their scores are reached.

But to paraphrase something Jim Lovell said in Apollo 13, "I don't mind telling you that we're all a little tired (and freaked out) up here, and mid-July is starting to get awfully big in the window."